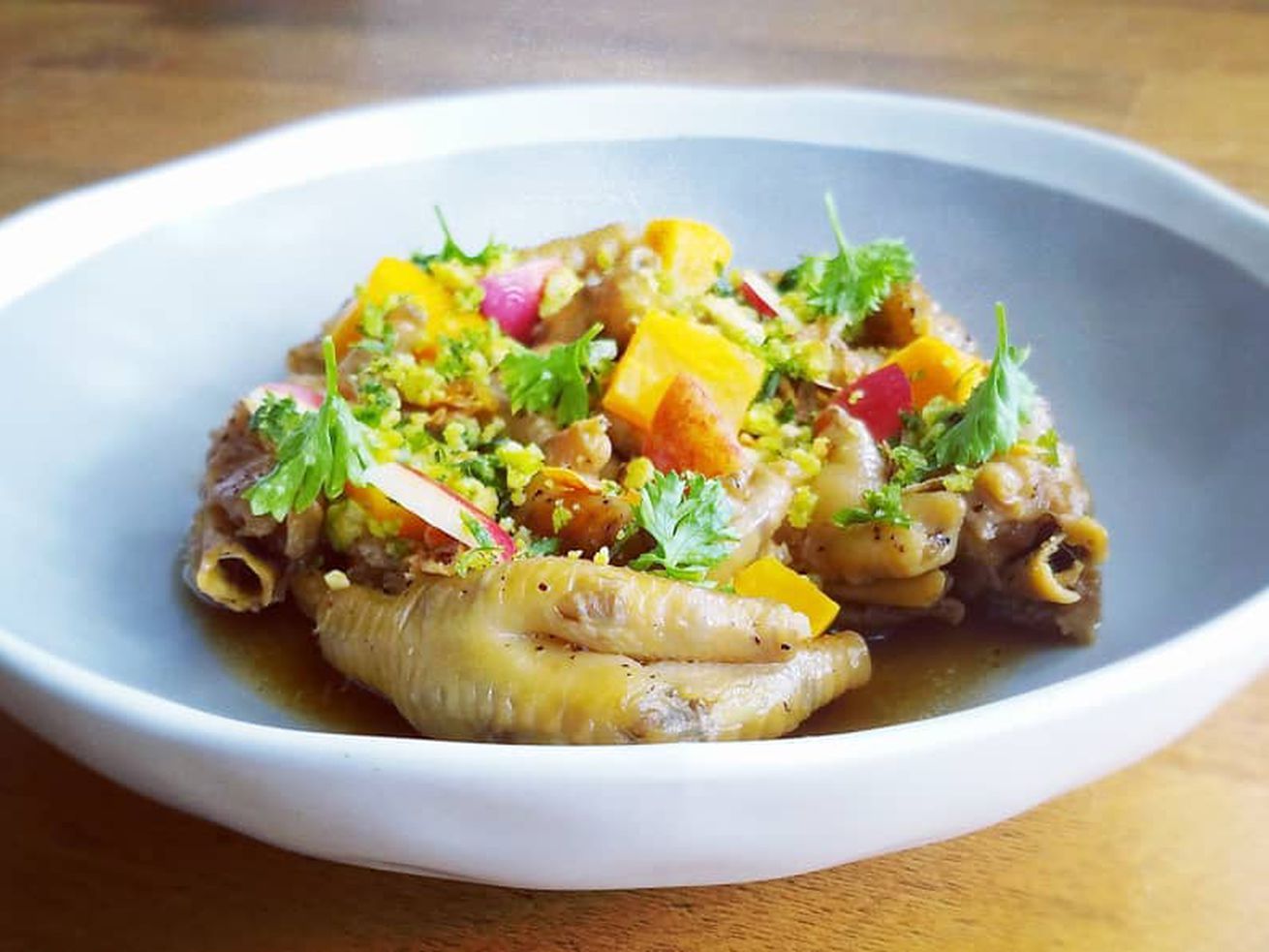 Filipino pop-up Mansueta’s has gained quite the following in recent months, as chef/owner Nikko Cagalanan has made his rounds throughout the Lowcountry at breweries and coffee shops like Charles Towne Fermentory and Second State Coffee. The Filipino-born chef, who named his pop-up in honor of his grandmother, has now found a more permanent location at Workshop. Eater caught up with Cagalanan ahead of his November 1 start date at the popular food hall.

After a hectic week-long kitchen takeover at Kwei Fei this summer, Cagalanan realized he was ready to handle a busy dining service. The turnout at Kwei Fei and his pop-up meals that followed confirmed his belief that there’s a Filipino food following in Charleston. “I am excited that Filipino people will have a place to gather regularly,” said the chef/owner who puts a spin on many of the dishes his grandmother made for him in the Philippines. Cagalanan, who didn’t start working in restaurants until 2015, will feature 6-7 dishes at Workshop, three of which will be menu staples moving forward. In addition to a Filipino spring roll known as lumpia, the chef will serve the Philippines national dish, adobo, and a daily ramen that will be based on common Filipino soups. Cagalanan explained that the lumpia and adobo have been big hits at his previous pop-ups.

Mansueta’s fans will have one more chance to sample his offering prior to his Workshop debut, as he concludes a pop-up series that featured chefs like Brandon Olsen from JackRabbit Filly and Kaitz Holbrook from Desayuno. This final meal will take place at Second State Coffee in Mt. Pleasant and will be a Filipino family-style meal known as a Kamayan feast where guests are encouraged to eat with their hands. The 8 Hands Kamayan Feast will be orchestrated by Cagalanan and will feature four chefs cooking four different cuisines (Filipino, Colombian, Chinese, and Mexican).

Workshop has hinted that there is big news ahead for some of their current tenants, but they have yet to announce which one will depart to make way for Mansueta’s.

7 Essential Biscuits to Butter Up in Charleston