First Look at the Chinese-American Menu at Upcoming Jackrabbit Filly 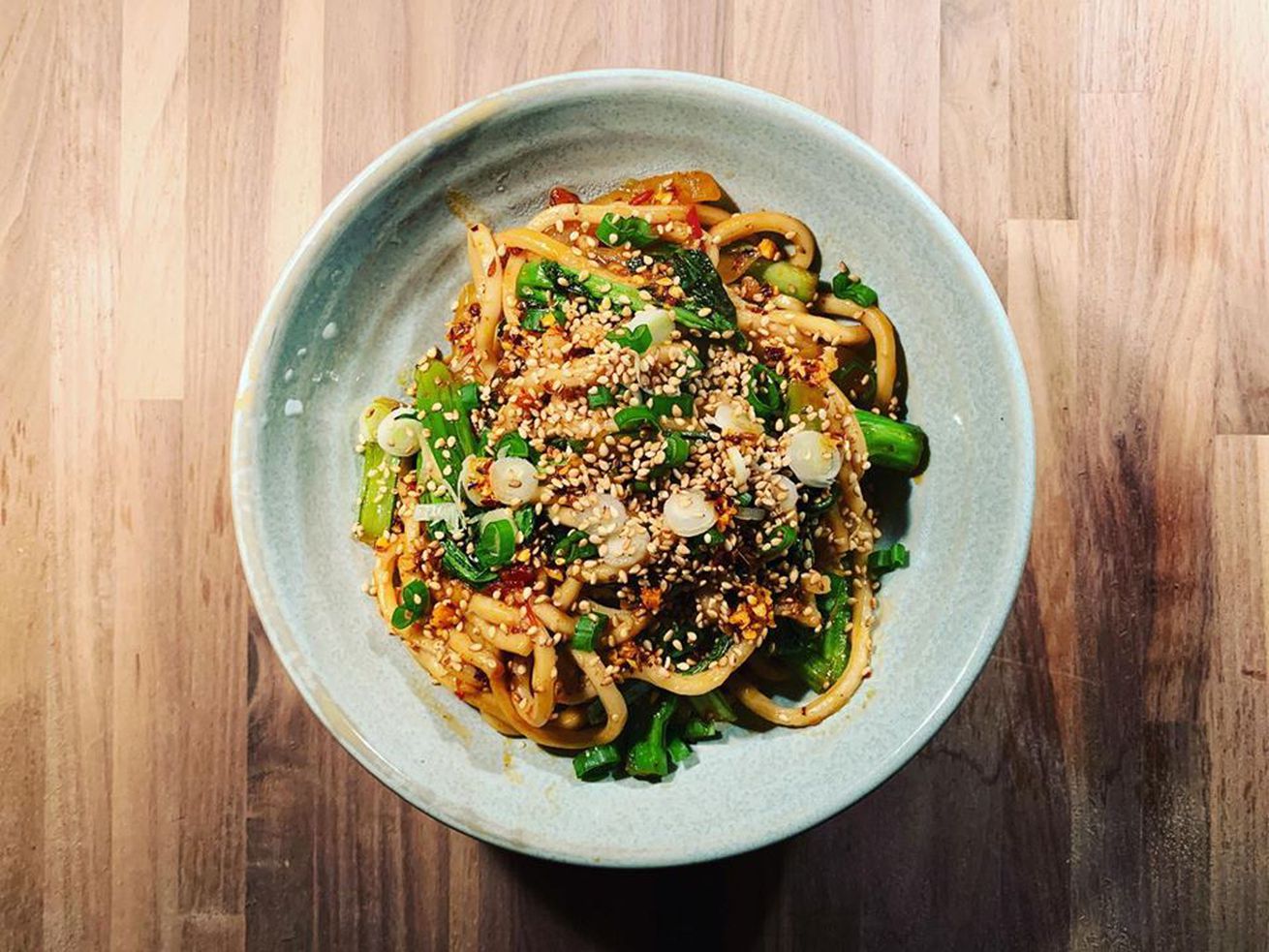 Fans of the former Short Grain food truck are eager to see what Shuai and Corrie Wang will do with their brick-and-mortar restaurant Jackrabbit Filly. Located at 4628 Spruill Avenue, the upcoming eatery is very close to opening. They just received an A approval from the South Carolina Department of Health and Environmental Control.

The menu focuses on Chinese-American dishes on the hot side and Japanese raw bar items on the cold side. Some of the offerings conjure old-school comfort food vibes, like fried rice with ham and pineapple or baked seafood with imitation crab and jack cheese.

Shuai says he kept a bit of Short Grain in the restaurant with fish tartare and the ceviche, but the rest of the menu is all about his heritage and what he grew up eating. He says the pork spaetzle is his “childhood in a bowl.” Shuai said he was inspired by pork dumplings that his grandmother would roll by hand. He thought of dishes from his mother and grandmother to complete the menu.

Take a look at the menu here.