New Boundary-Pushing Restaurant at the Forefront of Greensboro Dining Reopens 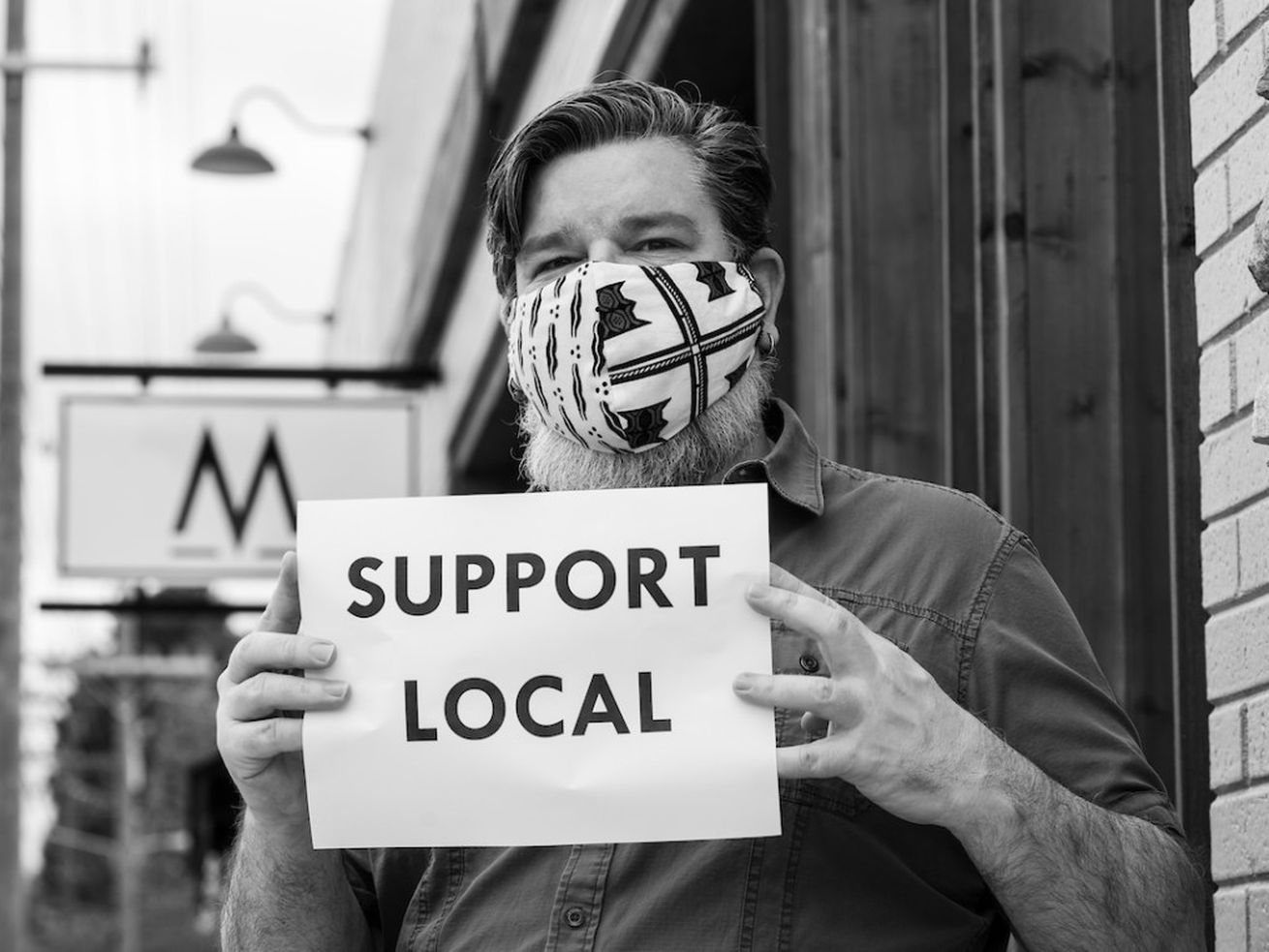 How Machete was able to open during a pandemic

Greensboro — North Carolina’s third-largest city and a former cotton mill town named for Revolutionary War general and slave owner Nathanael Greene — is a racially diverse community where less than half the residents are white and more than 100 languages are spoken. That’s reflected to an extent in Greensboro’s dining options: It’s home to several remarkable Vietnamese and Mexican restaurants, as well as Black-owned powerhouses like Stephanie’s, Dames Chicken & Waffles, and Boss Hog’s Bar-B-Que. But right or wrong, Greensboro isn’t known throughout the state for its restaurants. Machete might change that.

After more than a year of grinding out monthly dinner pop-ups in restaurateur Tal Blevins’s home kitchen, Blevins and the team behind Machete in Greensboro finally opened in late February. Within 45 minutes of reservations being open for the brick-and-mortar spot on the northside of downtown, clamoring fans had booked 700 tables.

Executive chef Kevin Cottrell and chef de cuisine Lydia Greene were just as eager, but after only three weeks, the wheels fell off.

Takeout hadn’t been part of the vision for the New American restaurant, which is the kind of place that uses tweezers for some of its plating. But the Machete crew deftly rewrote their menu to stay in business, switching to offerings like a sirloin risotto, fried chicken sandwich, and a brunch menu with smash-hit cinnamon rolls.

“[The cinnamon rolls] caught on and we were making as many as 250 a weekend,” Blevins says. “The chefs were ready to disown me.”

But now, after weeks of preparation and changed state regulations, Machete is open for dine-in service, once again upending its entire workflow and format. It’s been exhausting, but the kitchen is relieved.

“Takeout honestly was starting to suck the life out of me,” Cottrell says. “I’m so happy to start getting back to our original concept.” Greene feels similarly.

“I’m grateful that we were able to pull through the takeout-only phase without closure, since it unfortunately isn’t the reality for some restaurants,” she says.

Every restaurant in the country is dealing with some iteration of this struggle. But while parts of the Machete team’s experience is universal, the restaurant itself is hardly commonplace, especially in Greensboro.

Cottrell and Greene are at the restaurant’s helm, after getting to know each other at the experimental but doomed LaRue. The ambitious concept lost its way after moving from a closet-sized bar space to a sprawling cavern in a different part of Greensboro’s center city. While it lasted, LaRue became one of the most discussed restaurants in the city. Its kitchen undoubtedly pushed the envelope and sought to bring the city’s restaurant culture more on par with the hipness of Durham’s scene an hour east.

It’s there that the duo met Blevins. A Greensboro native who’d been living in San Francisco and writing about the tech industry, Blevins had stumbled on a Bay Area pop-up dinner series called Lazy Bear. He was so enamored with it that he became an investor, helping morph it into a restaurant. There, chef David Barzelay quickly earned two Michelin stars and was named a Food & Wine Best New Chef in 2016.

When Blevins moved back to Greensboro, he didn’t find many restaurants offering the playful, edgy, and modern style he’d come to love in California. LaRue felt different. When chef Cottrell asked for feedback on a new octopus dish there and Blevins offered some honest and direct advice, the rare birds connected. When LaRue tanked, Blevins suggested they collaborate.

Hosted in his home in the Westerwood neighborhood, Machete’s dinner series quickly amassed a cult following, with a mailing list surging over 800 after launching in August 2018. Underground dinner series like the Next Supper and Greensboro Grub had already cut a path for experiences like this locally, but neither made the jump to full-fledged restaurant. People openly told the Machete crew it couldn’t be done.

“Greensboro’s kind of stuck in its ways,” Blevins says. “Newer things are harder to catch on here.”

But Machete isn’t a run-of-the-mill project. What started as a weekly, intimate ten-course meal for 20 people an evening, had to translate into a five-night-a-week takeout business once indoor dining wasn’t an option. This turned out to be more herculean than mundane.

Earlier this year, Machete took over the space formerly occupied by Crafted: The Art of Street Food. Like its predecessor, it’s a wildly popular modern restaurant relying on global ingredients and taking great pains to avoid feeling pretentious while striving to be cutting edge.

It’s benefited not just from the way Crafted influenced local palates, but also the moveable garage door Crafted owner and chef Kris Fuller used to open up a small front portion of the restaurant. When deciding to reopen for dine-in service, the Machete team opted to keep its main dining area closed, relying on the covered but open-air section in the front for a safer experience. The restaurant abuts Preyer Brewing, which closed shortly before the pandemic. What originally felt like bad news turned out to be fortuitous for Machete’s reopening, as it utilizes this adjacent room for additional seating, spreading tables at least 10 feet apart, Blevins says.

Nothing about the experience has been easy, but feedback from customers — who are now overwhelmingly coming in rather than taking out — makes it feel worthwhile.

“One of my favorite things to hear from a guest is, ‘I normally never eat blank, but that was amazing!’” Greene says.

Cottrell is looking forward to a time when they can safely return to their vision of ticketed Sunday tasting dinners, akin to the communal style of the pop-up format. “This is where we can get to do really crazy stuff and push ourselves to our full potential,” he says.

For now, the restaurant is just trying to keep the lights on, a difficult task for any new restaurant, pandemic aside.

“We are losing money, but we’re losing less money than if we were closed completely,” Blevins says, referencing the restaurant’s rent. “[Being open] allows us to continue to build up word of mouth and employ about 10 employees. If we can get close to breaking even, I’ll be super happy.”

7 Essential Biscuits to Butter Up in Charleston

12 Places to Pick for a Non-Boring Lunch in Charlotte